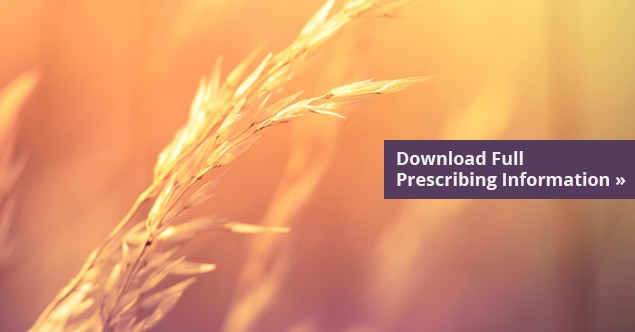 WHAT ARE LOPRESSOR® (METOPROLOL TARTRATE) TABLETS?

Lopressor® (metoprolol tartrate) Tablets are a beta-blocker that slows down heartbeat and reduces blood vessel contraction in the heart, brain and the rest of the body.

WHAT CONDITIONS ARE TREATED WITH LOPRESSOR?

Lopressor is used with or without other medications to treat high blood pressure (hypertension). Lowering high blood pressure helps prevent strokes, heart attacks, and kidney problems. Lopressor is also used for the long-term treatment of chest pain (angina), to improve survival after heart attack (myocardial infarction), and to treat irregular heart beat (atrial fibrillation).  Lopressor works by blocking the action of certain natural substances in the body, on the heart and blood vessels. This results in lowered heart rate, blood pressure, and strain on the heart.

Lopressor® (metoprolol tartrate) Tablets are contraindicated in patients with hypertension and angina, particularly in sinus bradycardia, certain types of heart blockages (greater than first degree), cardiogenic shock, and obvious cardiac failure. Hypersensitivity to Lopressor and related derivatives, or to any of the excipients, or to other beta-blockers can occur.

Sick sinus syndrome, which may result in irregular heartbeat, can occur, as can severe peripheral arterial circulatory disorders.

Beta-blocker(s), like Lopressor, may precipitate heart failure and cardiogenic shock. If this occurs, it may be necessary to lower the dose of Lopressor or discontinue it.

Use During Major Surgery

Chronically administered beta-blocking therapy should not be withdrawn prior to major surgery; however, the impaired ability of the heart to respond to reflex adrenergic stimuli may increase the risks of general anesthesia and surgical procedures.

Bradycardia, including sinus pause, heart block, and cardiac arrest have occurred with the use of Lopressor. Patients with first-degree atrioventricular block, sinus node dysfunction, or conduction disorders may be at increased risk.

Beta-blockers may mask tachycardia occurring with hypoglycemia, but other manifestations such as dizziness and sweating may not be significantly affected.

If Lopressor is used in the setting of pheochromocytoma, it should be given in combination with an alpha blocker, and only after the alpha blocker has been initiated.

While taking beta-blockers, patients with a history of severe anaphylactic reaction to a variety of allergens may be more reactive to repeated challenge, either accidental, diagnostic, or therapeutic. Such patients may be unresponsive to the usual doses of epinephrine used to treat allergic reaction.

Catecholamine-depleting drugs (e.g., reserpine) may have an additive effect when given with beta-blocking agents or monoamine oxidase (MAO) inhibitors. Both digitalis glycosides and beta-blockers slow atrioventricular conduction and decrease heart rate. Concomitant use can increase the risk of bradycardia. Concomitant administration of a beta-adrenergic antagonist with a calcium channel blocker may produce an additive reaction in myocardial contractility because of negative chronotropic and inotropic effects. Potent inhibitors of the CYP2D6 enzyme may increase plasma concentration of Lopressor. Concomitant administration of hydralazine may inhibit presystemic metabolism of metoprolol leading to increased concentrations of metoprolol. Lopressor may increase the hypertensive effects of alpha-adrenergic blockers. Concomitant administration with beta-blockers may enhance the vasoconstrictive action of ergot alkaloids. In general, administration of beta-blockers should be withheld before dipyridamole testing, with careful monitoring of heart rate following the dipyridamole injection.

Upon confirming the diagnosis of pregnancy, women should immediately inform their doctor. The amount of data on the use of Lopressor in pregnant women is limited. Lopressor is excreted in breast milk in very small quantities.

Pediatric and Geriatric use of Lopressor has not been studied.

Hypertension and Angina: Most adverse effects have been mild and transient.

Central Nervous System: Tiredness and dizziness have occurred in about 10% of patients.

Cardiovascular: Shortness of breath and bradycardia has occurred in about 3% of patients.

Respiratory: Wheezing and dyspnea have been reported in about 1% of patients.

Gastrointestinal: Diarrhea has occurred in about 5% of patients.

Hypersensitive Reactions: Pruritis or rash has occurred in about 5% of patients.

Acute Toxicity: Several cases of overdosage have been reported, some leading to death.

Signs and Symptoms: Potential signs and symptoms associated with Lopressor overdose are bradycardia, hypotension, bronchospasm, myocardial infarction, cardiac failure, and death. There is no specific antidote.